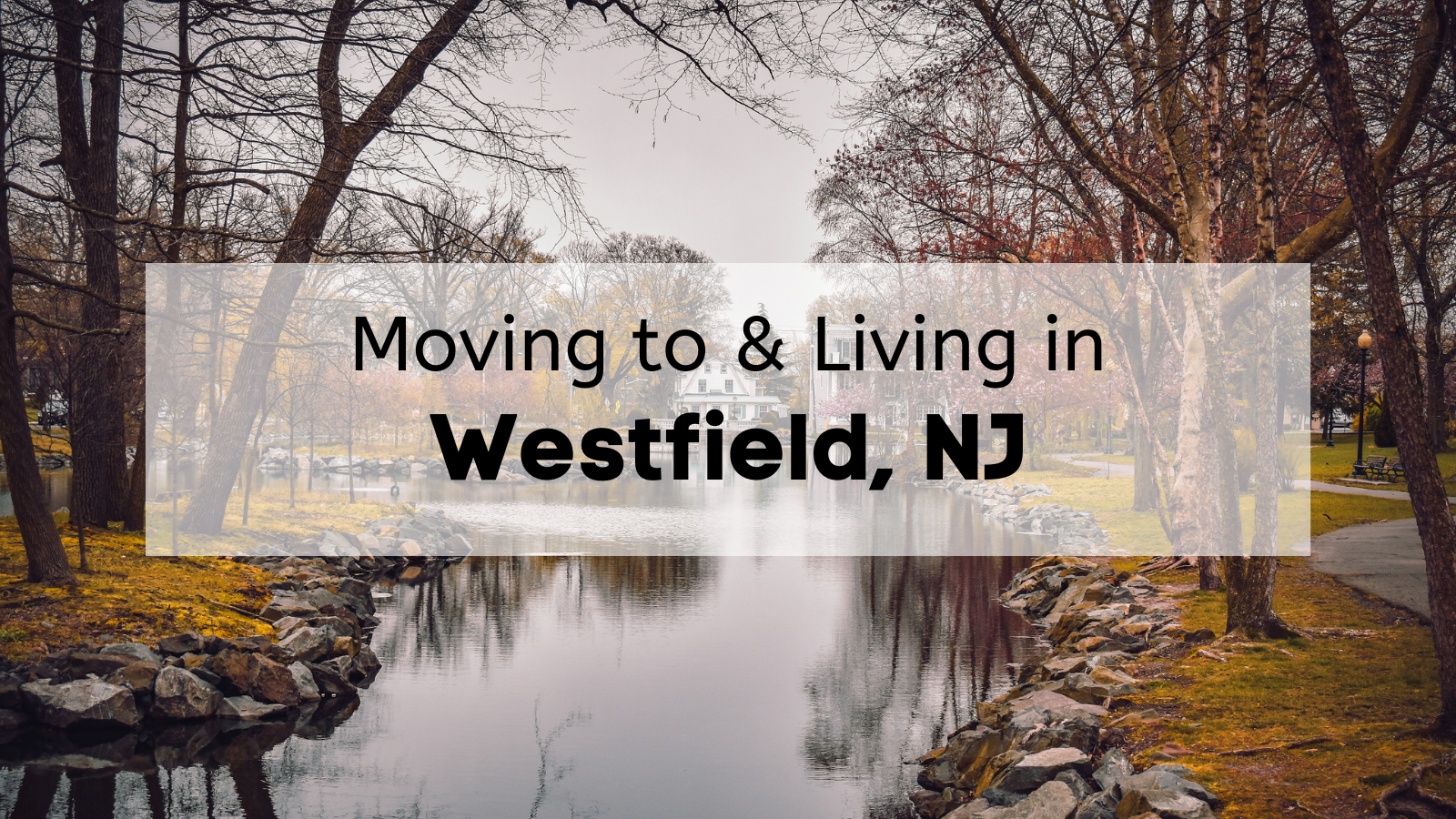 What to Know About Moving to Westfield NJ⭐️ – Guide to Living in Westfield New Jersey!

Thinking about relocating to the suburbs? Consider moving to Westfield, New Jersey. Westfield is a great town for commuters and growing families that offers the peace of the suburbs with easy access to New York City. Westfield is known as one of the most affluent areas in the United States and also among the safest.

Westfield was initially incorporated as a township in 1794 but reincorporated as a town in 1903. It took its name from the rich fields that grew West of Elizabeth Town. Today Westfield is known for its excellent schools, quaint downtown area, and close proximity to New York. It's a popular location among commuters but living in Westfield offers a variety of benefits for residents from all walks of life.

Where is Westfield, New Jersey?

It’s 28 miles from Westfield to Manhattan NY, making it a popular bedroom community. 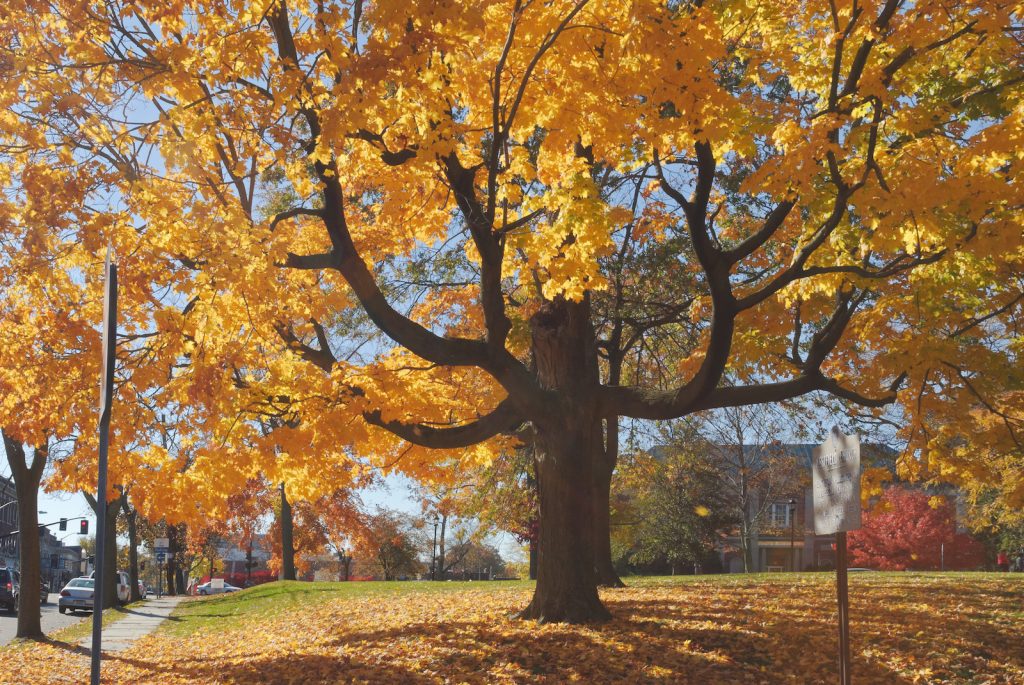 Only eight violent crimes per 100,000 people took place in 2020, and there were no murders. Your chances of being the victim of a property crime in Westfield is 1 in 178, which is also very low. As a result, Westfield is a very safe place to live and is ranked the 30th safest town in the United States.

The Westfield Police Department patrols the town and employs 74 officers, or 2 per every 1,000 citizens.

Cost of Living in Westfield

According to the Economic Policy Institute, the average family of four with two adults and two children need an income of $102,475 to live comfortably in Union County.

*These numbers were taken from the neighboring town of Cranford but will be similar in Westfield.

According to RentCafe, the average Westfield rent is $2,507 for a 1-bedroom apartment. However, most residents are homeowners, and only about 19% of housing units are rentals.

Westfield Neighborhoods | Where to Live in Westfield

Before moving to Westfield, deciding where you want to live is essential. The town is full of unique enclaves with gorgeous architecture and tree-lined blocks.

Wychwood Manor is a picturesque suburb in northeast Westfield that offers gorgeous views of rolling hillsides and impressive estates with columned porches. It's one of the most sought-after neighborhoods in Westfield, but it's also quite expensive, and most homes in Wychwood Manor cost over $1 million.

Stoneleigh Park is a quiet neighborhood in south Central Westfield known for its preserved Tudor and neo-colonial homes. It's a diverse neighborhood that caters to families and professionals of all income levels, and housing prices can range from $600,000 to $2 million.

Located in the heart of the downtown area, the Kimball Avenue Historic District is one of Westfield's most popular neighborhoods. The neighborhood is home to several historic buildings and the town's central business district.

According to the Koppen climate classification, Westfield has a humid subtropical climate characterized by warm, wet summers and cold, snowy winters. The best time to visit Westfield is in May, June, and September when the temperature is the mildest. The average temperature in Westfield typically ranges from about 25°F to 87°F. But the Westfield summer high gets up to about 95°F, while the Westfield winter low is rarely below 11°F.

Westfield averages about 50 inches of rain and 24 inches of snowfall yearly. Be sure to invest in a jacket and pair of boots if you're considering moving to Westfield.

Things to Do in Westfield

Residents will find a wide variety of fun things to do in Westfield. Most of the Westfield shopping is clustered around E Broad Street, and North Avenue W, including the Westfield Plaza and South Avenue Shopping Center. Visitors can also check out the property that inspired the Addams Family house at the intersection of Dudley Avenue and Elm Street.

With pinball, classic arcade games, pool tables, and more, YESTERcades is one of the best things to do in Westfield with kids. Book a birthday party or bring the family on a weekend afternoon.

The Miller Cory House is a historic home built in 1740 on the National Register of Historic Places. Inside is a living history museum that shows what life was like in 18th-century Westfield.

Tamaques Park is a 106-acre featuring multiple picnic areas, basketball courts, tennis courts, an 8-mile jogging trail, and plenty of green space that is great for barbecues and weekend outings.

The Westfield Recreation Department  oversees the management of 10 other facilities in town. Visit their website to view upcoming community events.

The best places to eat in Westfield offer something for everyone, from comfort food to fine dining.

Addams Tavern is an upscale New American restaurant serving unique dishes like ribeye sliders and fried chicken fried rice bowls. It's one of the best restaurants in Westfield to grab a drink after work.

Limani Seafood is a popular eatery serving Greek fish and other classic dishes. It's one of the top restaurants in Westfield for seafood, serving local favorites like Maine Lobster, caviar, and oysters.

1958 Cuban Cuisine is a laidback bistro serving traditional Cuban dishes with a modern twist. The family-owned Restaurant is BYOB and offers a variety of entrees and shareable plates.

According to Bloomberg, Westfield is within the top 100 wealthiest places in America and the top 20 in New Jersey. The job market in Westfield decreased by 2.14% from 2019 to 2020. However, many Westfield residents commute into the city for work. Most residents in Westfield are employed in upper management positions, sales, business, and financial operations.

The largest employers in Westfield are Weldon Materials, the New Jersey Festival Orchestra, and the Westfield police department. The city of Westfield also offers plenty of employment opportunities for residents. According to Payscale, the average salary for employees in Westfield is $82,000 annually, up by 0.9%. Residents will find many jobs in Westfield, ranging from retail associates to project managers.

The Westfield Public School system is among the best in the state. The district comprises ten schools, including one preschool, six elementary schools, two middle schools, and one high school. Many schools in the district have been honored with prestigious awards, including the National Blue Ribbon School Award of Excellence by the Department of Education.

Westfield High School ranks among the top schools in the nation in terms of test scores, graduation rates, and college preparation. According to US World News and World Report, it's ranked 48th in the state and 1152nd in the nation.

The Holy Trinity School is a Catholic private school serving pre-K to eighth grade. Residents can also stop by the Westfield Public Library on Broad Street for books and other media.

Explore more things to do, restaurants, and amenities with this map of Westfield.

Ready to plan your relocation to Westfield. Trust Catlow Movers to make your journey simple and stress-free. Call us today at 201-653-1808 to request a free quote.