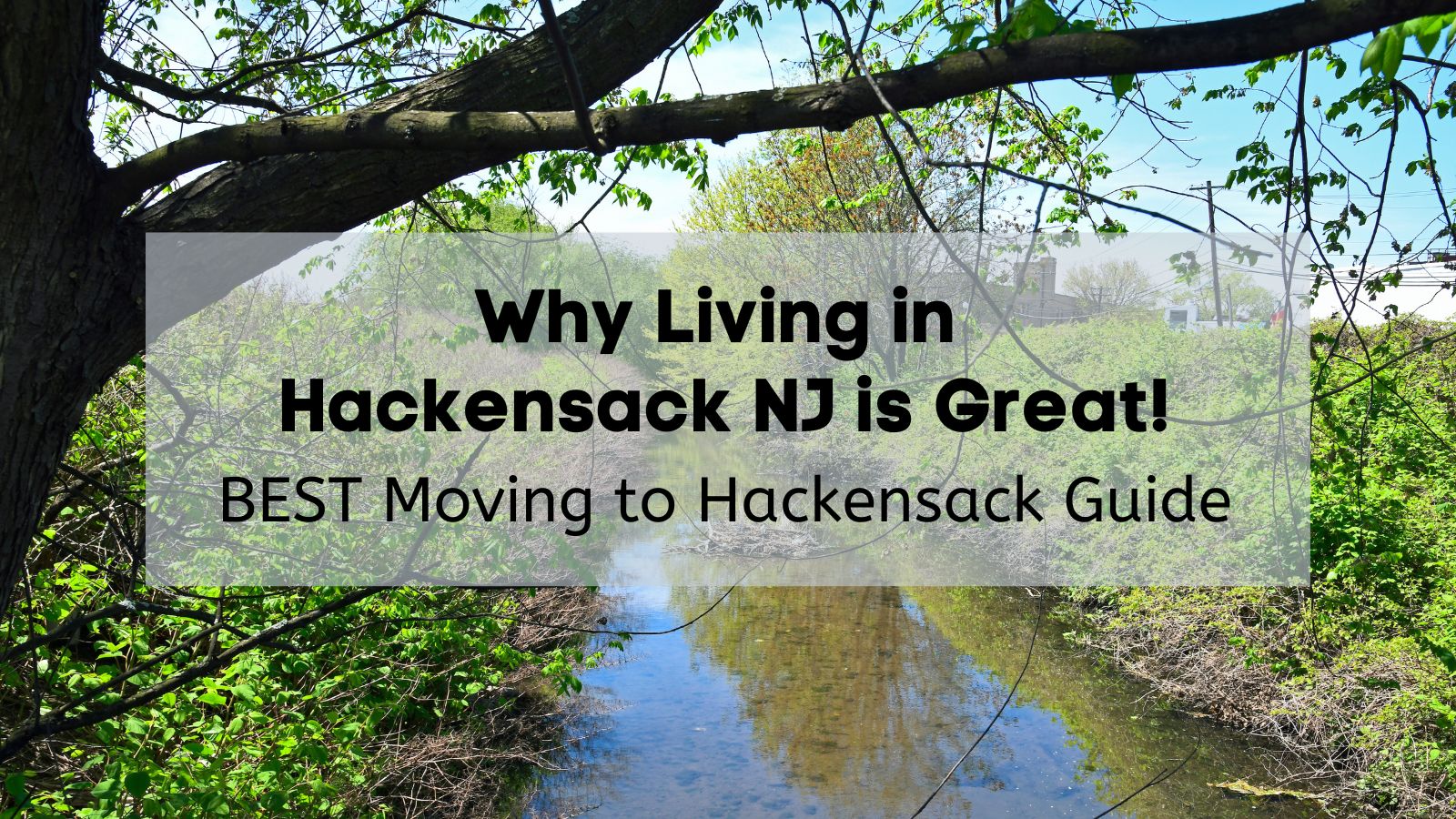 Why Living in Hackensack NJ is Great! | 🏅 [2022] BEST Moving to Hackensack Guide

Are you moving to Hackensack, NJ and feeling a little nervous? Maybe you’re wondering if you’ll enjoy living in Hackensack as much as your current location. This guide should help ease your nerves and show you what makes the city of Hackensack so great!

It was originally called New Barbadoes Township and was formed by Royal charter in 1693 and reincorporated as Hackensack in 1921. You can see the NYC skyline from many areas of Hackensack, which is one of the reasons Hackensack is a good place to live as it gives you the benefits of the proximity and views without actually having to live in New York City. Hackensack is known for having diverse neighborhoods and is the home of both the World War II submarine (USS Ling) and the former New Jersey Naval Museum.

Hackensack means “mouth of a river,” derived from the Achkinheshcky Indian Tribe, and its motto is “A city in motion.” In popular culture the Horror series “Chucky” takes place in Hackensack.

Where is Hackensack? | Location & Transportation

Hackensack is in Bergen County, New Jersey, and is an inner suburb of New York City.  It’s part of the

Getting around the city is convenient, thanks to several public transportation options. Much of the transportation is focused on getting people to and from New York City and Philadelphia, PA. New Jersey is known for dominating the public transportation system and offers a statewide mass transit system with three light rail systems, 11 commuter rail lines, and a bus system.

Some notable people are from the city, including David J. Remnick, a Pulitzer Prize-winning American journalist and writer born in Hackensack. David Brock, also born in Hackensack, is an American liberal political consultant, author, and commentator who founded the media watchdog group Media Matters for America. American rapper Corey Leray, also known as Coi Leray Collins, was born in Boston but raised in Hackensack.

Helping to keep the city’s residents as safe as possible is the Hackensack Police department, with 98 officers and 120 total law enforcement employees.

Cost of Living in Hackensack

After you’re satisfied your new city is safe, the next consideration is usually how much it costs to live in Hackensack and whether or not Hackensack is an affordable place to live.

Hackensack has a cost of living index of 123.8, making it less affordable than the national average. According to the Economic Policy Institute, a family of four (two adults and two children) would need to earn $110,623 per year in Bergen County to afford to live in Hackensack.

To get a better understanding of where your money will go when you live in Hackensack, here’s a list of common expenses from Numbeo:

If you're wondering how much it costs to buy a house in Hackensack, the Hackensack average home price is $325,000 which is down 13.3% compared to last year. Find Hackensack, NJ homes for sale here.

If you think you will rent an apartment instead of buying a house, the average rent in Hackensack is $2,045 for an 825 square foot apartment, according to RentCafe. Despite being just 12 miles from Manhattan, the rent prices in Hackensack are less than half of hte average rent in Manhattan, at $4,471 per month, but more than the $1,394 monthly rent average in Newark.

Hackensack Neighborhoods | Where to Live in Hackensack

The borough of Haworth is the best of two worlds: a quiet town, you’ll enjoy tree-lined streets and the small-town atmosphere that will remind you of Hallmark Christmas movies, but it’s close enough to New York City to be considered a suburb of the city! Downtown Haworth is tiny, but you’ll find everything you need from the salon and barber shops to hardware stores and coffee shops.

Residents of Haworth have excellent schools from kindergarten through 12th grade through the Haworth Public School and North Valley Regional High School at Demarest.

The housing market in Haworth is competitive with median home prices at $999,000 and the average sale price per square foot up 17.1% at $369 from last year.

As the boroughs were formed, South Hackensack became split up into three discontiguous sections. It’s a township with the primary residential section being adjacent to Hackensack and Teterboro. South Hackensack is another suburb of New York City, as are other municipalities in the Bergen County area. The median listing price for homes in South Hackensack Township are $537,000.

If you work in New York City but don’t want to live in the city - the Borough of Teterboro is one of the best neighborhoods for making the daily commute. The borough occupies a 1.1 square mile area in the south, central region of Bergen County. Teterboro is 10 miles from the Lincoln Tunnel which takes you right into NYC.

The climate in Hackensack is influenced by its location about halfway between the North Pole and the Equator on the eastern coast. It experiences wet, dry, hot, and cold airstreams. Hackensack summers are warm, humid, and wet and run from June to October. The winter months are cold and snowy, averaging about 4.6 months between November and April with an average snowfall up to 7 inches in February. Residents rarely need sunglasses as they experience more cloudy days in Hackensack than sunny. The average temperatures vary from about 25°F to 86°F depending on the time of year.

Hackensack has a moderate risk for hurricanes and 27 hurricanes have taken place in the city since 1930.

Things to Do in Hackensack

Open seven days a week, Urban Air Trampoline and Adventure Park is a fun activity to do with the kids and anyone looking for some indoor physical activity and entertainment. More than just a bunch of trampolines, you can practice long tumbling runs on the Runway, play dodgeball, try the climbing walls, play on the indoor playground or try the warrior course.

Located outside the Hackensack Performing Arts center, the Atlantic Street Park is a paradise in the middle of downtown featuring an outdoor stage, shade trees, and lush grass in the middle of pavement. During the summer the park features Shakespeare in the Park, movies under the stars, Zumba, concerts, Sunset Yoga, and lunchtime events.
Atlantic Street Park - 102 State Street, Hackensack, NJ 07601 (201) 820-3007

Additional Attractions in or Near Hackensack, NJ

The Hackensack Recreation Board is the parks & rec department, They review and comment on the recreational and cultural program, The Hackensack Parks & Rec department manages 14 neighborhood parks. Keep an eye on the Hackensack city events calendar for upcoming events and activities for the community.

While living in Hackensack puts you in the perfect position for a trip into New York City for dinner, you have a wide variety of dining options right here in the city! If you’re looking for a quick local meal of burgers and fries, authentic Italian or Cuban eats, or want to try something new - start by checking out the restaurants in Hackensack.

The economy in Hackensack might be struggling at the moment. The unemployment rate is sitting at 8.6% which is above the US average of 6.0% and the job market in Hackensack has decreased by over 0.5% in the last year.  That being said, salaries are increasing in the city, and New Jersey overall is one of the wealthiest states in the country.

According to Payscale, the average salary in Hackensack is $73,000 per year, with a .9% increase in wages during the second quarter of 2022. The most popular occupations in the city are project managers earning an average of $88,983 per year, paralegals earning $60,000 a year, and project engineers, earning $71,750 per year.

When you move to Hackensack you will become part of the Hackensack Public School district. The district educates students from pre-kindergarten through twelfth grade. There are six school with an enrollment of 5,790 students and a student-to-teacher ratio of 13 to 4.

There are no colleges or universities within the Hackensack city boundaries, but several are located nearby including Bergen Community College in Paramus, NJ, Felician University in Rutherford, NJ, and Berkley College Midtown NYC Campus in New York.

The Johnson Public Library serves the city of Hackensack.

Explore more things to do, restaurants in Hackensack, and local amenities with this map of Hackensack.

The proximity to New York City and the variety of things to do combined with the small-community feel of Hackensack make living in Hackensack a great opportunity. When you’re ready to make the move to Hackensack, call Catlow Movers for the top Hackensack, NJ movers and the best relocation experience. 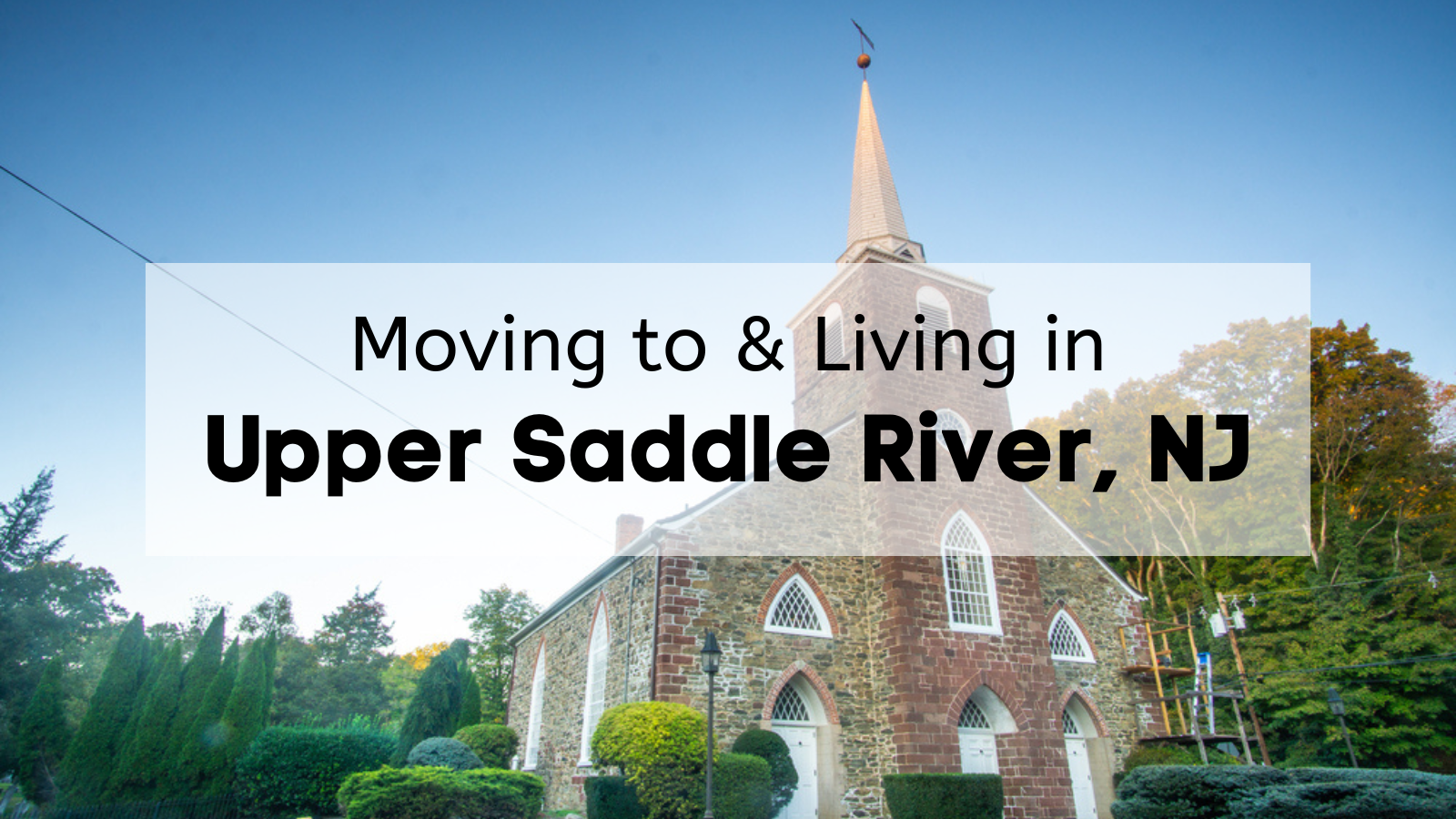 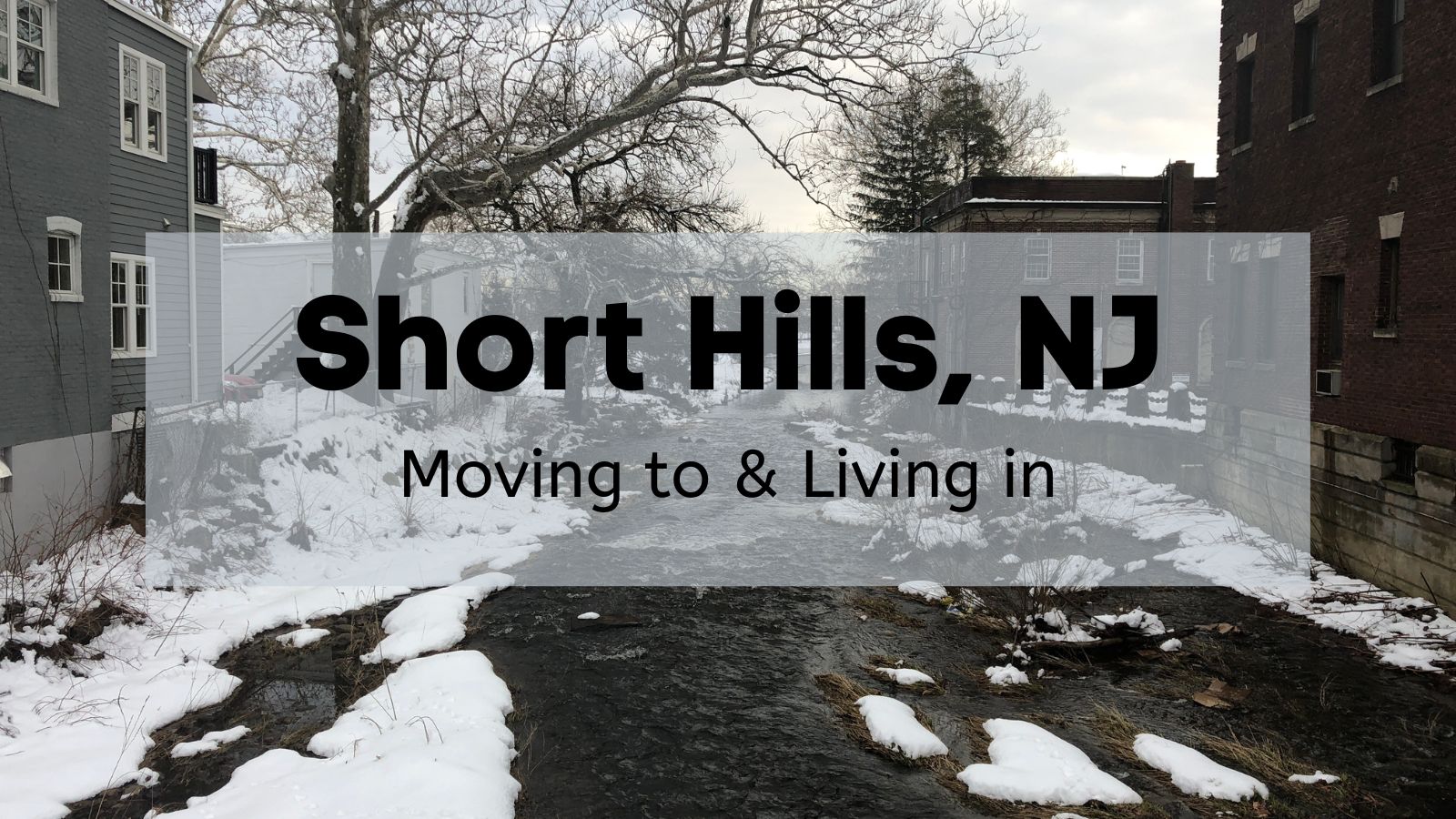 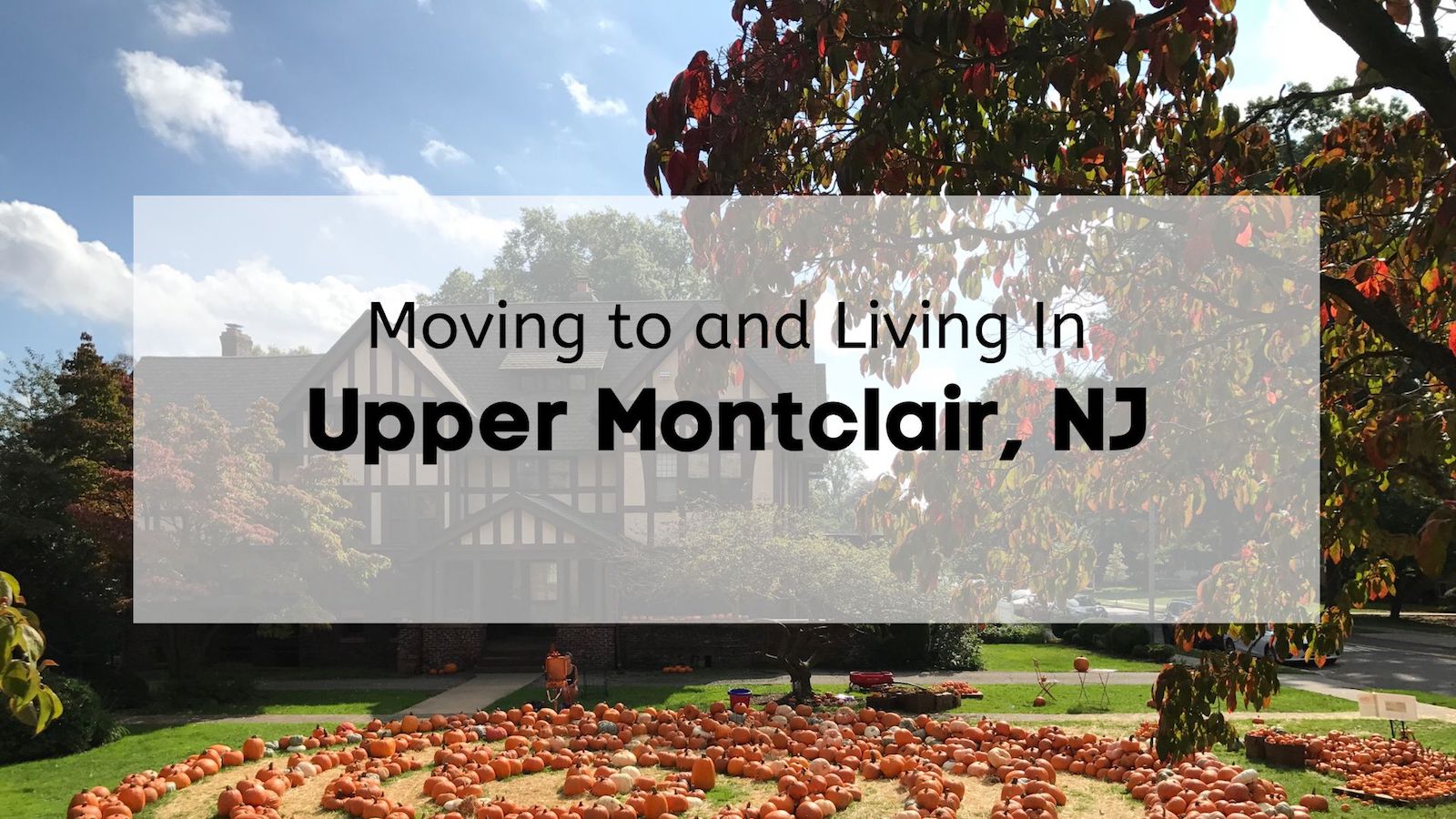